Musical Tribute
THE MARCH FOR JOBS AND FREEDOM
50th Anniversary

(dedicated to the memory of
freedom singer and beloved friend Matt Jones)
view on youtube:
http://youtu.be/sGKCGRHw-3o

On August 28, 1963 Martin Luther King and tens of thousands of Americans came to the Lincoln Memorial in Washington, DC to call for an end to racial inequality and economic injustice in our nation.  On August 24, 2013 thousands of us descended once again to stand in that very same place where Martin stood and pay tribute to that great man's speech and a movement that changed our world forever. On this day Martin Luther King III spoke lovingly of his slain father's dream of "a beloved community" ... still so far from being fulfilled. Truly we have so far yet to go.

All the speeches and signs reminded us of the need to come together as ONE to resist the forces of darkness who strive to turn us back. Fifty years ago by working and marching together we changed our world forever. Surely we have the power to build upon this great achievement. Surely we can once again, for the sake of our children and generations yet to come, show the power of a people united in the service of justice and peace.

We must remember that after the great achievement of the Voting Rights Act of 1965 Martin Luther King re-framed his attention and warned us of the dangers posed by the triple evils of racism, materialism and militarism. What would he say today if he could hear our political and military leaders readying our people for yet another military assault on a Middle Eastern nation? I don't think there is anyone who has read his words who would not know that he would raise his voice in righteous indignation and declare, 'Do not bomb ... do not attack ... war is not the answer.' 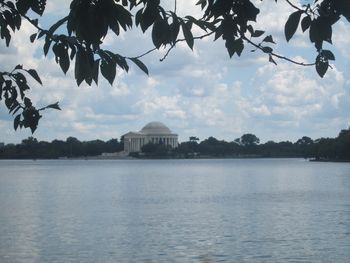 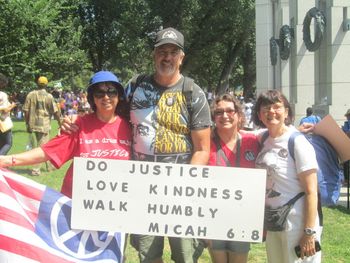 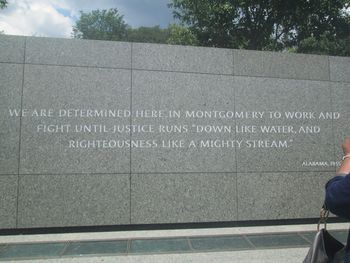 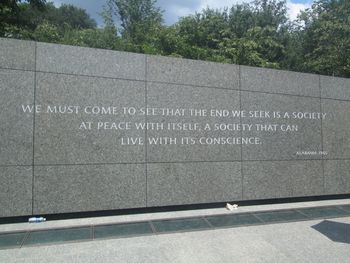 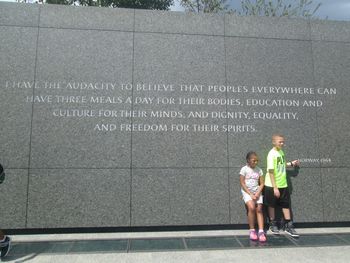 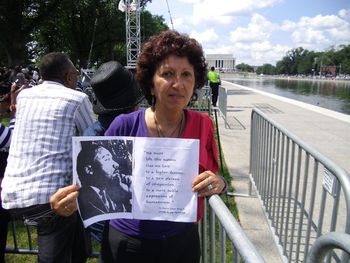 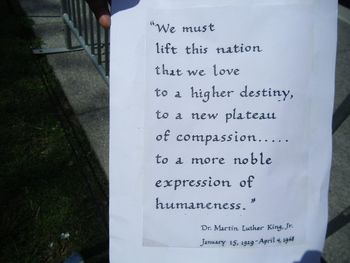 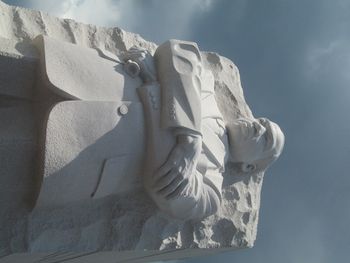 Many members of our local community saluted singer-songwriter and guitarist Kyle Pucciarello last night at the Bridgewater Open Mic he founded a year and a half ago at the Somerset County Library. Kyle, thank you for all your generosity and loving kindness to all the artists you provided with a place to perform... and with a place to belong. Your community activism has helped me and so many other people so much...  in ways we can't even begin to properly express.

Blessings to you as you begin your new journey. Keep making beautiful music and being the wonderful person so many of us have come to love and admire.
in peace,
Sharleen

caption:
(left to right): Devon, Sharleen and Kyle at his last Open Mic at the Bridgewater Library on August 28, 2013.